In Search of Elijah Smith: Glastonbury

If you’ve been following my inquiries (here and here) into the mysterious inscription in my old edition of Cicero, you know that I’ve pinpointed Glastonbury, CT, as the place where all the principals lived. I was at Yale with some students this week for a screening and presentation on “Mine 21,” and decided I would drive over to Glastonbury to see if there were any further clues particularly about Elijah Smith, the black sheep of the story. Sure, the weather was bad, but Winter Storm Scott was no match for my insatiable curiosity and a decent enough Chevy Impala rental. 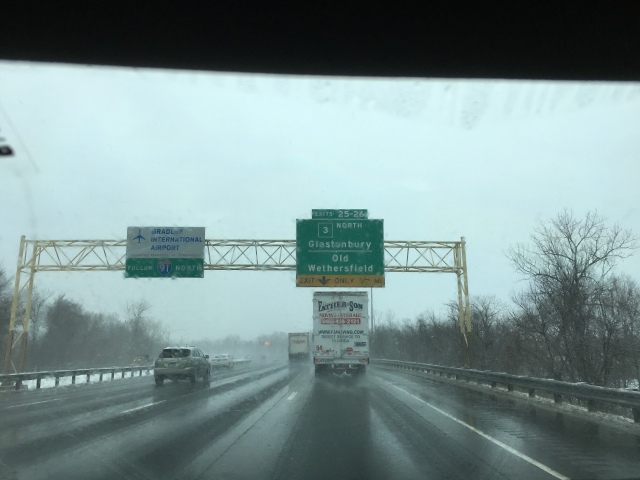 The Glastonbury Historical Society museum and archives are located in what was the old town hall. It’s a quaint red-brick building in a town of quaint old buildings. “Only Marblehead has more eighteenth-century structures,” the director, Jim Bennett, tells me with a slight twinge of envy. He’s been good enough to come out in the snow to meet me this morning. When I explain what I’m looking for, he starts to pull out books and folder from the various shelves and cabinets.

While Jim is looking into the numerous Hale and Welles files, I take a look around the museum. “We’re giving it a long overdue paint job,” Jim explains, “so pardon our appearance.” A few display cases are covered in heavy plastic, and some others are pushed together to make space for ladders and such. But the general feel of the place, the very evident pride of the locals in their long history, is evident throughout. 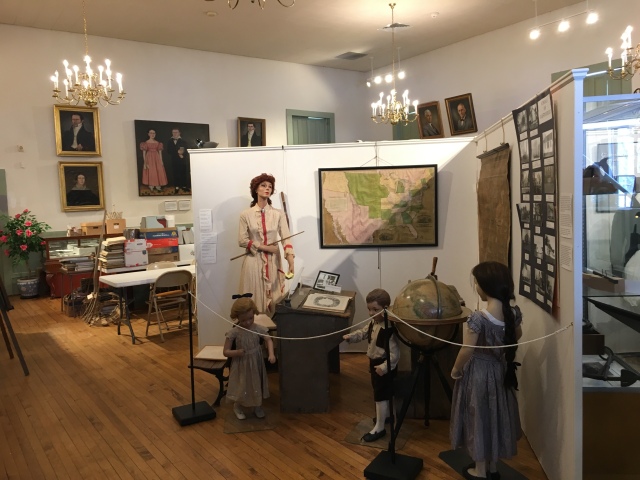 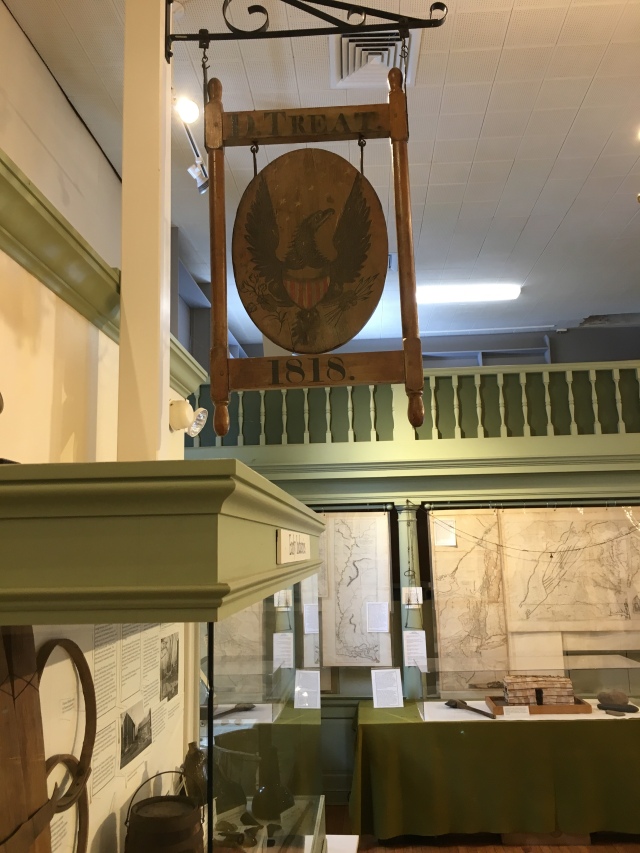 As I have found, Hales and Welleses are thick on the ground in Glastonbury, both in the archives and in the town’s many old houses as well. Below is the Gideon Hale house, where the Gideon of my inscription live and raised his large family over two centuries ago. Because of the snow, I decided to forego a trip to the graveyard, and instead got back into the car to drive north where my brother- and sister-in-law were bringing my son to meet me for lunch.

The person I had really come to find out more about, the hapless Elijah Smith who once owned the 1750 copy of Cicero now in my possession, was not much in evidence. There is a Smith brook I had to pass over as I drove from the museum to the Hale house, and I believe it is likely to have crossed Elijah’s family property in the eighteenth century. But as for the old debt-welsher himself, nary a peep. “He hath absconded himself,” indeed, and my search will have to take me elsewhere.

I am a classicist in Sewanee, Tennessee.
View all posts by Uncomely and Broken →
This entry was posted in Cemeteries & Funerals, Classics, Education, Family, New England, Rivers, Uncategorized. Bookmark the permalink.