Dura! Up and Around Vesuvio

After some pointless rearranging of seats, the minibus left more or less promptly at 10 am from Pompei to Vesuvius. “In twenty minutes it ascends 1000 metres,” says the brochure, and I believe it. Up the tortous, narrow, and busy road we go, more like a rollercoaster than anything else, approaching each switchback with a perfunctory toot of the horn. If someone’s on the other side, good luck figuring it out. A few tense negotiations with large vehicles ensue, but I am looking out the window at the Bay of Naples with its tankers looking like toys far below. 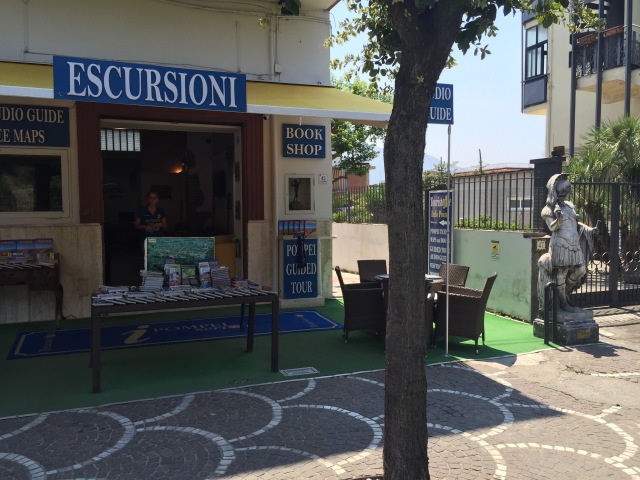 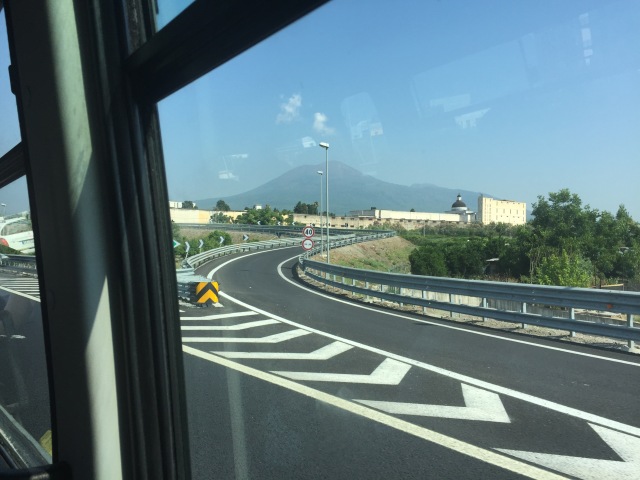 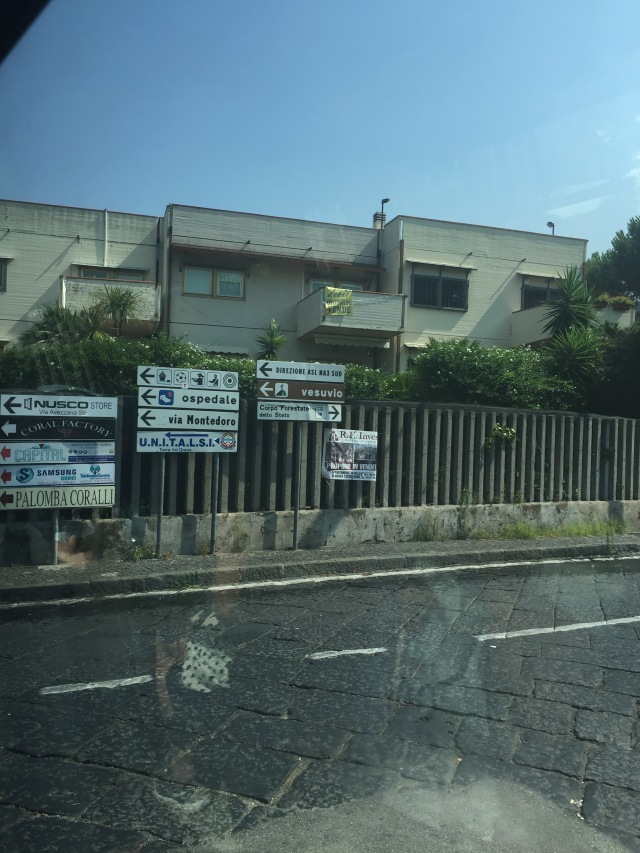 The bus arrived, and out we get, withhastily written instructions to be back by 12:10. “Plenty of time,” I say to Jackie as we begin the climb over the sandy, stony path just as winding as the road. German grandparents lead grandchildren along in good Teutonic order. I fall behind quickly, and can feel the strain in the small of my back. “We should call this Sewanee program something like Fitness 101 in Itsly,” says Jackie. I suggest “Sweating to the Oldies–the Ancients!” A barrel-chested man with a yamulka on his way down looks at me on one of my frequent stops. “Dura!” He says. “It’s tough!” 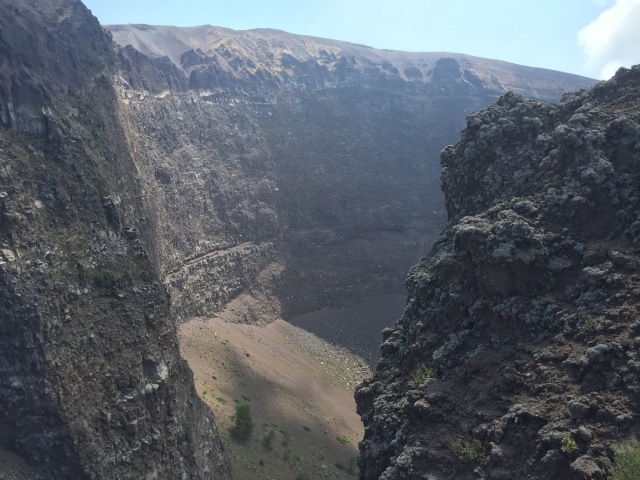 At long last, we reach the top and peer into the crater, 2100 feet in diameter and 800 feet deep. Now and again, the smell of sulfur wafts through. What appears to be a gas dispenser is set up–covered in graffiti, naturally–and far above, seismographs can be seen. The remains of the funicular are visible as well, dedtroyed in the eruption of 1943, a grim reminderthat Vesuvius is dormant not extinct, not dead but dozing. 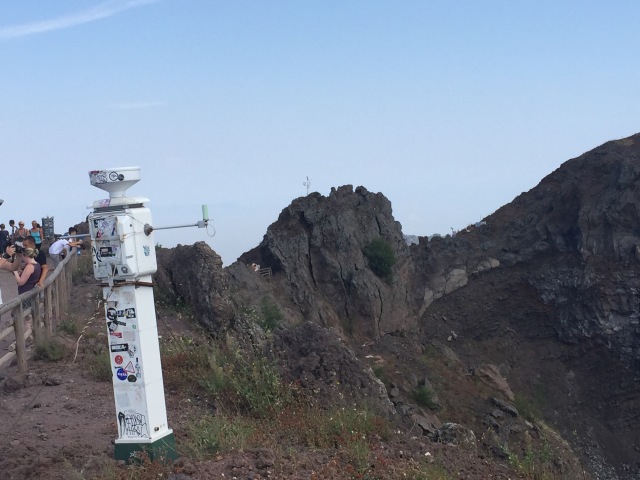 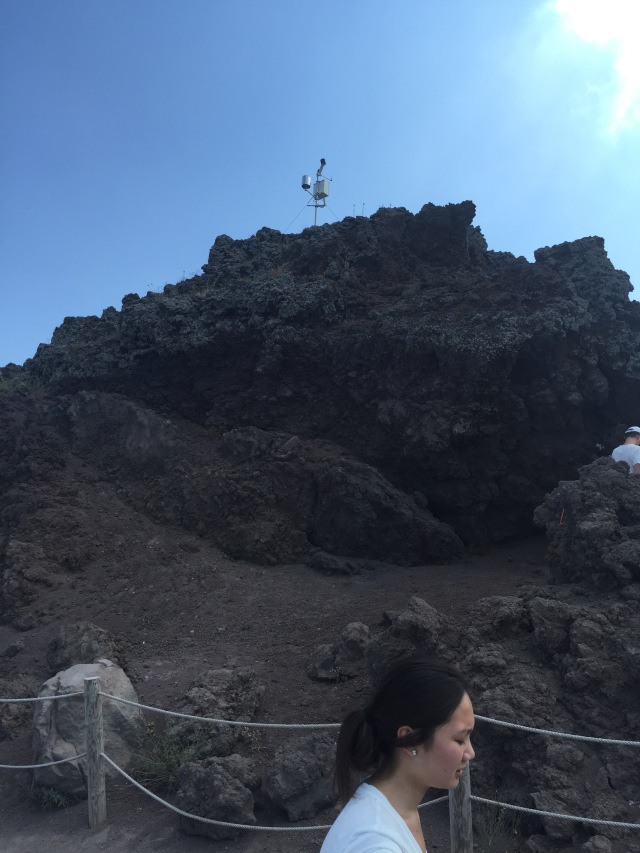 Along the top, people make their way around the perimeter. Two younger English guys are discussing how the place makes them think of Gothic novels and Burkean ideas of the sublime. Pretentious? Profound? One’s thoughts do tend toward the otherworldly here. Religious tokens, retablos, etc., to St.Mary and others, dot the trail, but Jackie and I hardly have time to look at them. Time is running short, and these selfies aren’t going to take themselves! We fairly skip down the hill to catch the bus almost on time. 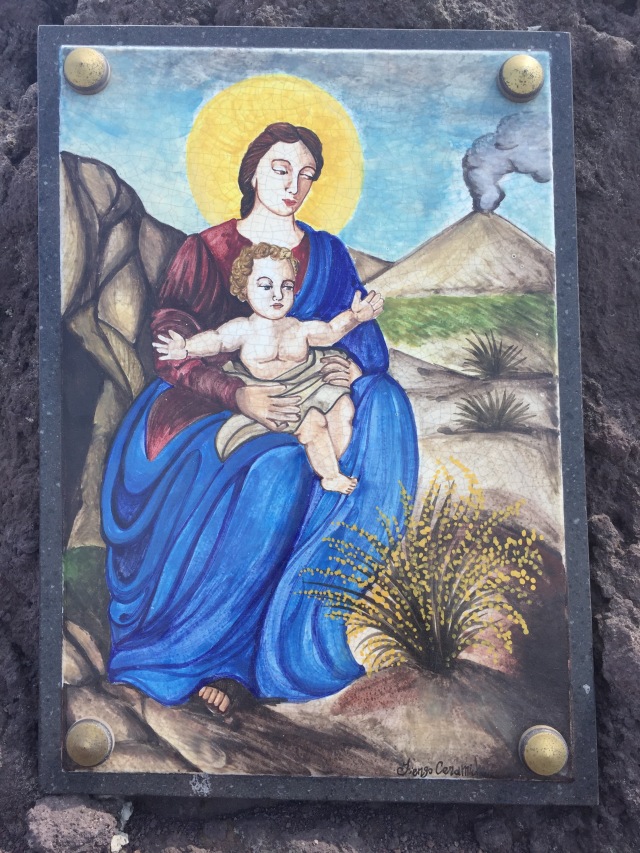 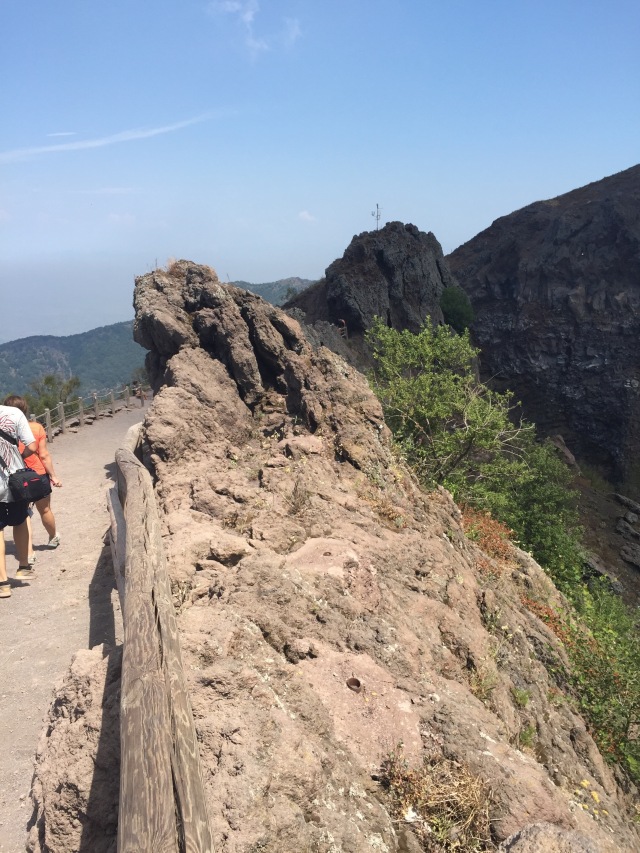 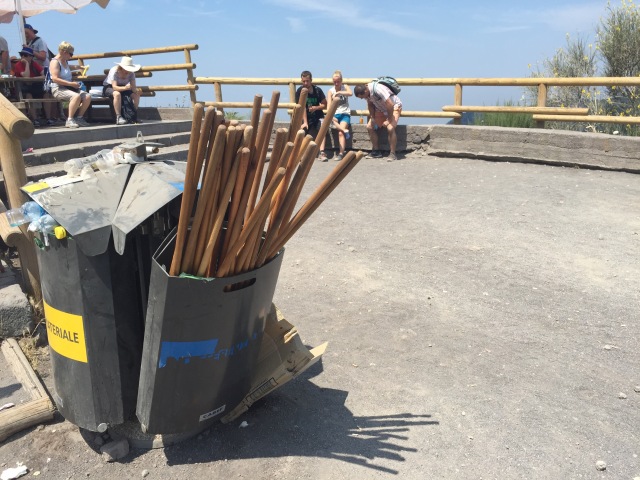 Jackie says the walk down is working out different muscles, and it’s true that I can feel pain in different parts of my body rather acutely. I’d do it again, but my legs might need a year to recover. “Dura,” says the man. “It’s tough.”