So Emily Dickinson, right as always. I thought of these lines as I snuck into duPont Library by the back door this afternoon. On the left-hand side were two very large boxes full of books to be discarded. The shelves need to cleared, we’ve been told, to make room for newer books. The old ones will what? be sold, given away, pulped? There they sit, awaiting their fate.

Against my better judgement, I begin to flip through them. Many don’t interest me–Principles of Behavior from the 60s, mid-century prayer books (though the inscription “For Sister Carlotta” gives me a twinge), economics manuals. But of course, there’s always something in a random collection of books you want to look through. 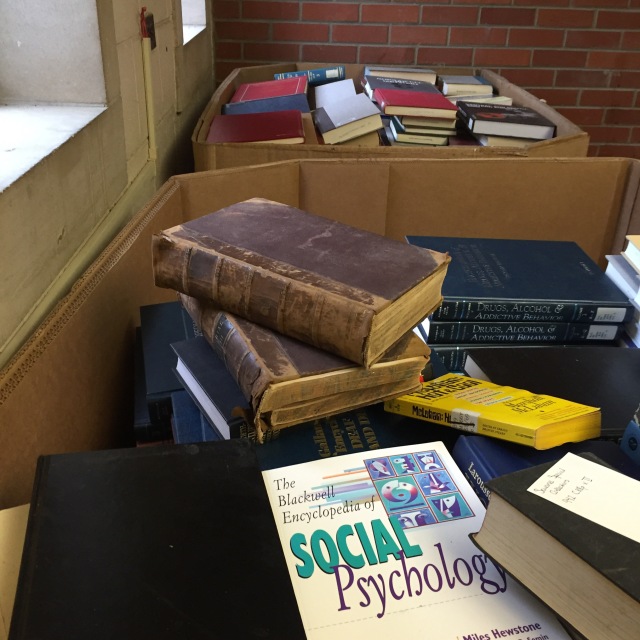 I will admit to leafing through the paperback with responses to Marshall McLuhan for a few minutes, especially Walter Ong’s essay and Susan Sontag’s, too. But it’s The Pictorial Hstory of England that really arrests me. With Several Hundred Woodcuts, reads the subtitle. Who could resist? Both volumes contain heartfelt handwritten inscriptions.

I thumb through the book. Good God, it’s just so charming. And it’s so old, and so out-of-date, and so musty, and so moldering. Should I stick it in my bag? Nobody will notice, or care. But will I ever look at it again? If I bring it home and put it on the shelf, am I not just consigning the question of what to do with this old book to my children some decades hence?

So off I go, leaving the Pictorial History to its destiny, and hate myself for it. All around me are the signs of an age that’s passing– old books being remaindered, older colleagues retiring, institutional memory passing into oblivion. Into the bin with all of you, over to the side by the library backdoor. 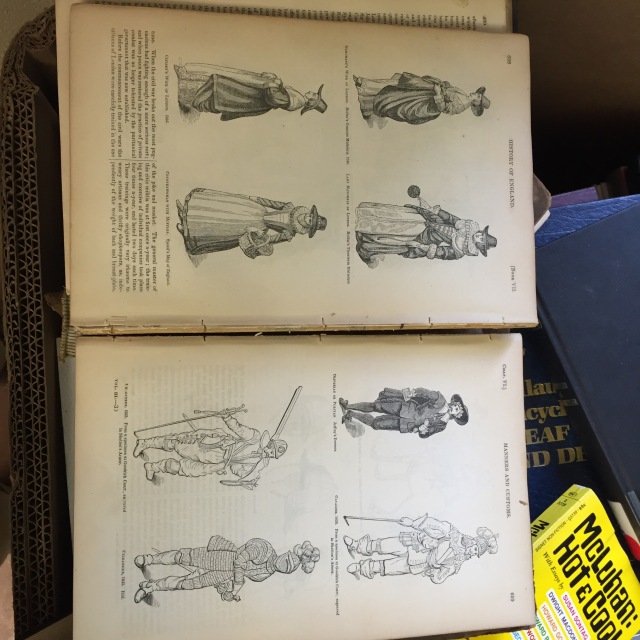 I am a classicist in Sewanee, Tennessee.
View all posts by Uncomely and Broken →
This entry was posted in Cartoons, England, Poetry, Sewanee, Time, Uncategorized. Bookmark the permalink.