An Altar of Peace

Such a humid day, and the crush of the crowds in central Rome can be so overwhelming, but I made the long walk up to the northern Camp Marzio to see Augustus’ Ara Pacis in Richard Meier’s covering structure. Controversial when it first opened a decade ago, the new building is now a Roman treasure housing perhaps the greatest of Roman artworks. When I first arrived, alas, chiusa–staff meeting from 1-4.  Grrr. I find a bus down to the Synagogue and the Jewish Museum (about which I’ll post later), but when I return, even sweatier than I could have imagined, the Altar was open and I had it mostly to myself. The Mausoleum of Augustus, and beyond it the churches of Saints Carlo and Abrogio are visible the east.  Outside, to the west, the traffic rushes by along the Lungotevere, but the thick windows keep out the noise and let in only the late afternoon sunlight. Oh sure, it’s a monument to imperialism–and the stories of oppression from antiquity to modern times are still in my head from the Museo Ebraico–but here is respite, by an altar of peace. 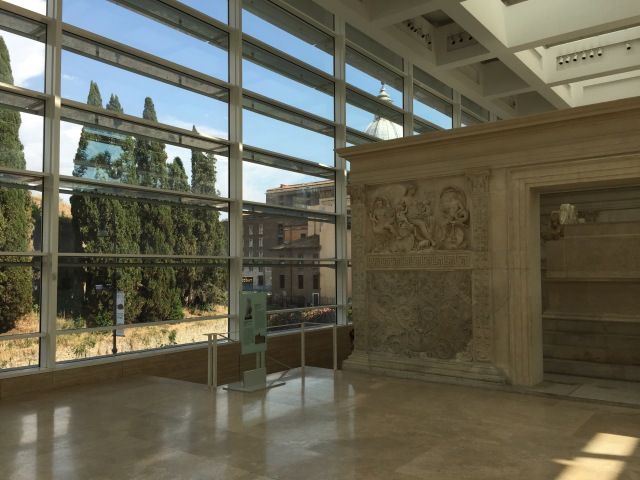 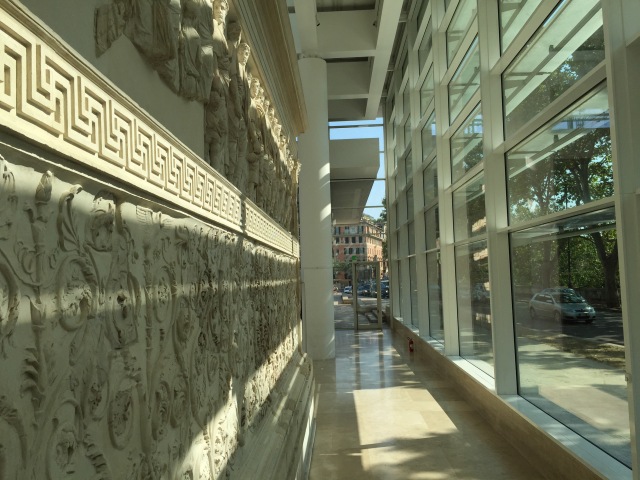 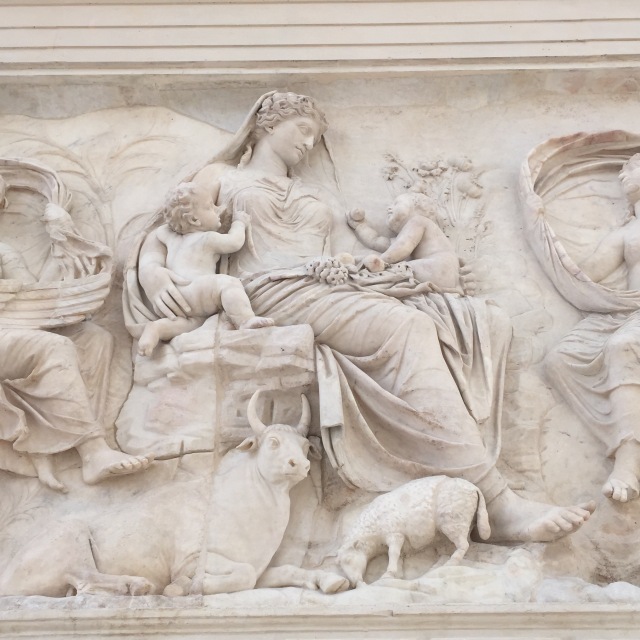 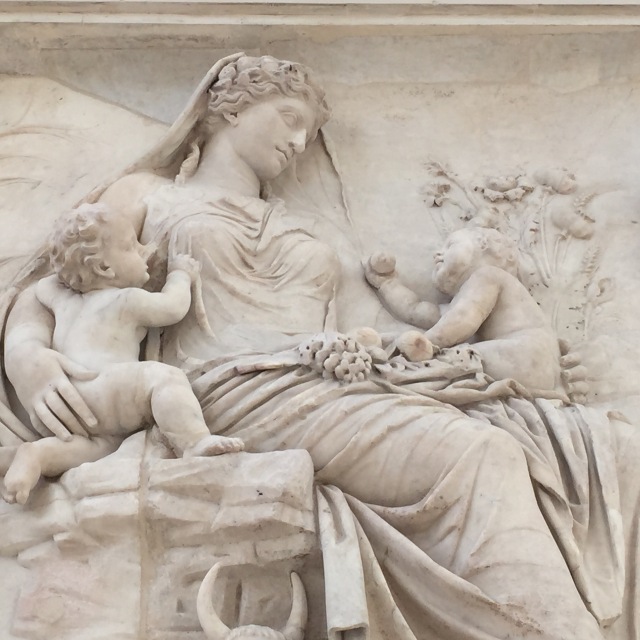