A few weeks ago, I made mention of some intaglio prints made by the African-American artist, Allan Crite, that depicted scenes from the Creed as imagined around Sewanee.

I wonder, too, whether Crite’s original prints of the Sewanee Stations of the Cross might not be procured and displayed somewhere prominently?

Well, I’ve come to discover that, in fact, the originals are owned by Sewanee and on display at the School of Theology! I rode my bike over to have a look. 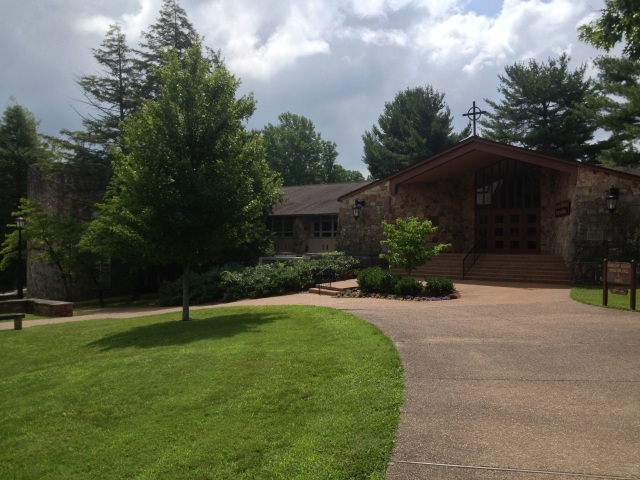 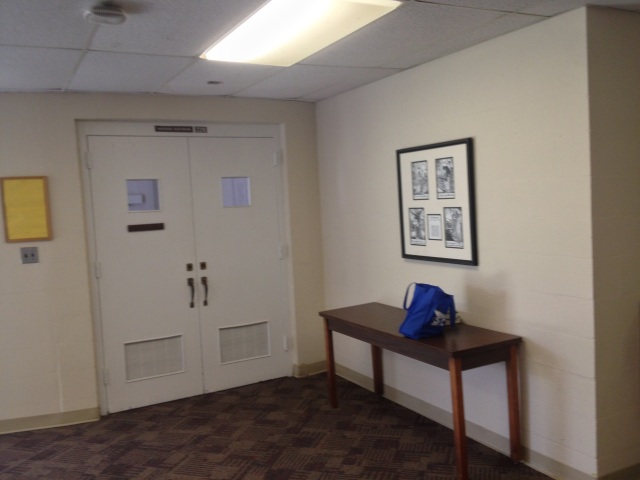 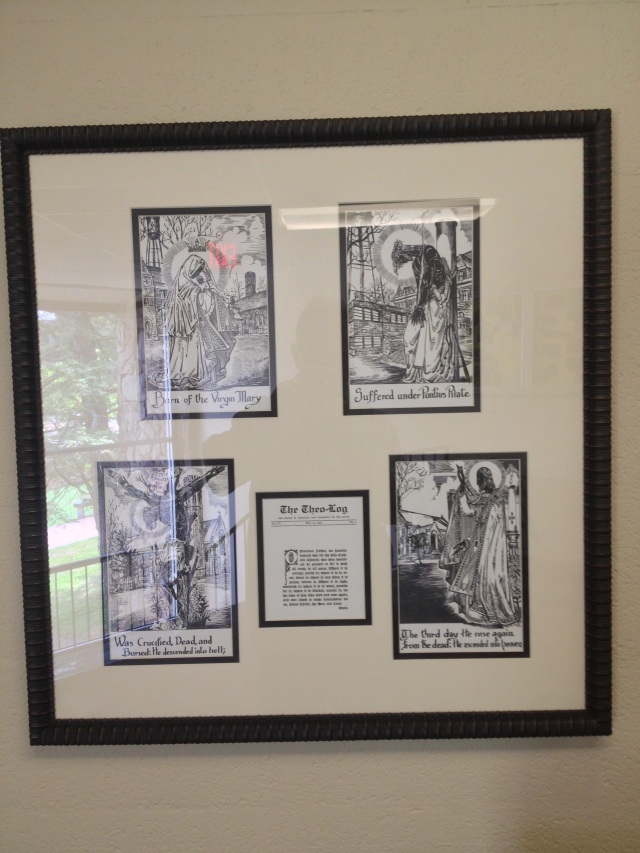 Inside Hamilton Hall, by the entrance to Hargrove Auditorium, the Crite prints can be seen in a large wooden, fairly recent frame. A surprise: in addition to the three I had posted in May was a fourth one, “Born of the Virgin Mary,” set by St. Luke’s and the old water-tower. In addition was the masthead of something called The Theo-log, published on May 1, 1953, with a prayer in Gothic lettering beneath it. I looked on the back of the frame, and saw it had been done in Mississippi, though when and at whose expense, I couldn’t say. 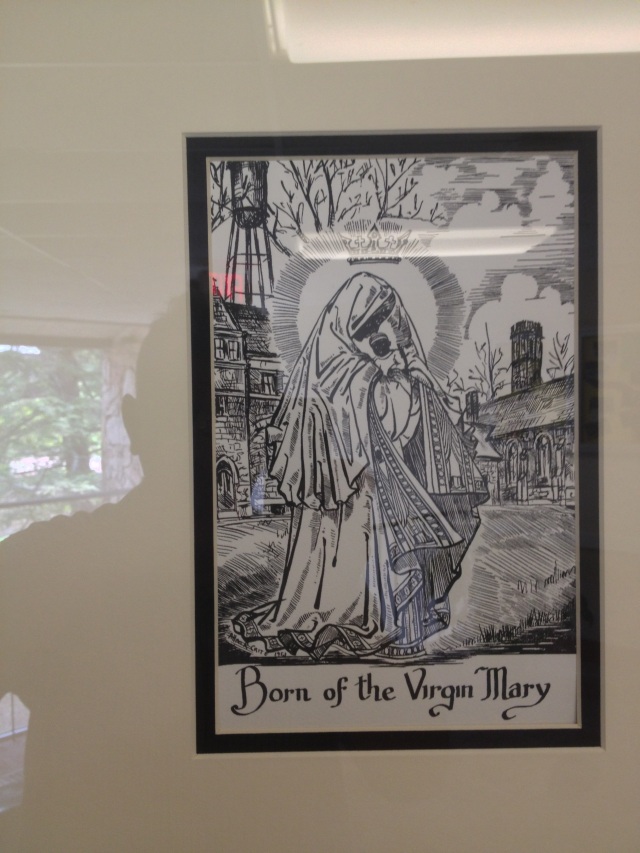 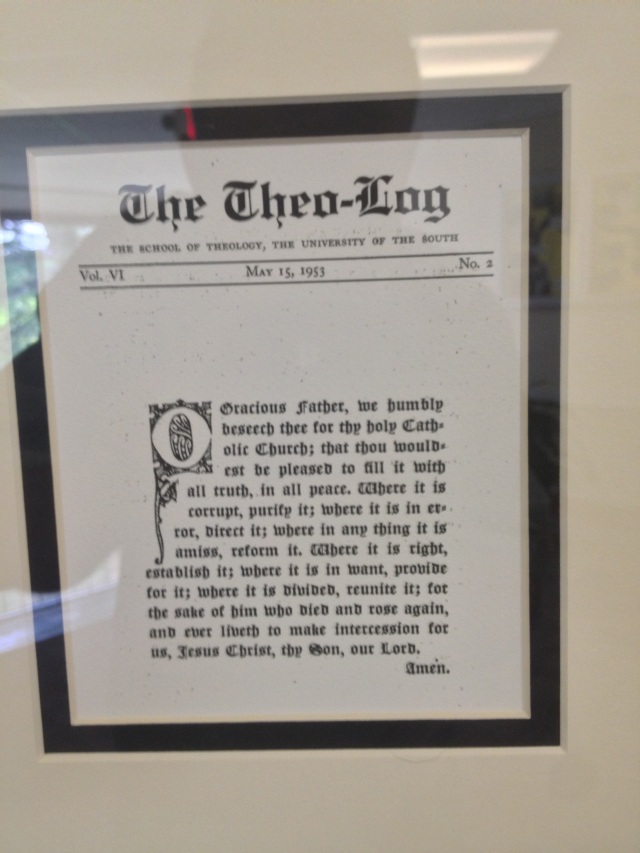 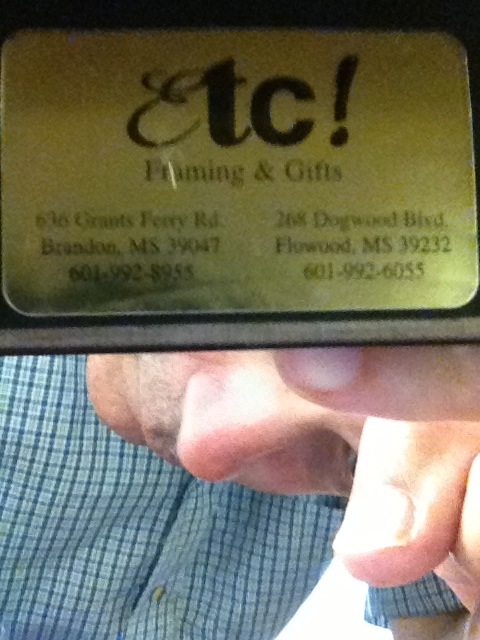 I am a classicist in Sewanee, Tennessee.
View all posts by Uncomely and Broken →
This entry was posted in Bible, Cartoons, Race, Saints, Sewanee. Bookmark the permalink.