Perhaps it is true, as Auden says in memory of Yeats, that “poetry makes nothing happen,” but all I know is that today the sun has been shining in Sewanee and Charles Martin is here. Winter has released us from its clammy grip, the swallows return to their old familiar haunts, and the song of the Martin is heard again on the mountain. Many of you will already know of Charles’ frequent appearances at the Sewanee Writers’ Conference, or of his long-standing connection to the Sewanee School of Letters, where he has been teaching poetry now on and off for a decade. So, for these reasons, I always associate Charles with the summertime, with good weather and good humor. Just last year he and I were talking, over gin and tonics as I recall, about his new translation (with Gavin Flood) of The Bhagavad Gita from Norton. It’s not a work you might associate with banter over cocktails, but I had to laugh when he responded to my questions about working on it. “Well, I had help from a slender volume called Teach Yourself Sanskrit,” he said. “It’s the most hopeful title on my bookshelf.”

Charles is a professional translator, you will know, and many of you I hope will come out to see David Landon and company’s staging from Charles’ version of The Medea in the Gailor Auditorium tomorrow at 4:30. I can see quite a few students here who are using Charles’ translation of Ovid’s Metamorphoses that Norton also published—in 2003, a year that also saw versions by David Raeburn and Michael Simpson. In an omnibus review of these various Metamorphoses, the Sewanee Review noted, “Utilizing a flexible blank verse that sometimes resembles Shakespeare and elsewhere veers toward rap, Martin’s is the most successful of these new translations, best suited to “speak now of forms changed / into new bodies,” as we find in the proem. Having parsed through the passions of Catullus, Martin is perhaps in the best position to render Ovid, whose spirit this translation seems to have deeply imbibed.” As you may know, the Metamorphoses is awash in Latin puns, and often Charles substituted a joke of his own in a different place, as for instance, when Jupiter reveals himself to a “[quote] cowed Europa on the isle of Crete [endquote].” Unforgiveable, isn’t it? And precisely what Ovid would have done, had he written in English instead of Latin. It’s an excellent translation, I think, and unless you think the American Academy of Poets gives out the Harold Landon Prize for no good reason, you’re bound to agree with me.

But I must confess that I first came to know Charles rather as a critic than as a translator, when twenty years ago, his marvelous study of Catullus was issued under the Hermes imprint by Yale. Now this book came out not a minute too soon, as far as I was concerned as a graduate student preparing for my oral exams at Chapel Hill. There are few ancient poets as naughty and vital as Catullus, and even that late in my graduate career I was having trouble getting beyond a sort of adolescent appreciation of his work. But here was a bona fide close reading of Catullus, with brilliant analysis after brilliant analysis of this darkly bright Roman poet. What I recall with particular pleasure was that moment in the oral when one of my examiners fixed me a cold stare and asked me to explicate the relationship of Catullus’ longer poems to one another. This was a scary proposition, or would have been, but rather than faltering and failing, I trotted out the entirely convincing theory about their unity “from a new book by Charles Martin,” I proclaimed loudly. And let me tell you, to cite Charles Martin under those conditions was truly to know the feeling of having one’s bacon saved.

Now it’s interesting to me that, in preparing for this introduction, I went to look for my copy of Charles’ study of Catullus, and realized I had lent it sometime ago to a student who now is teaching in Nashville, who herself uses it with her students at MBA. I happened to see her in Texas at conference this weekend, and she told me she wasn’t going to give it back because it was too valuable to her, and so I will have to buy another and get Charles to sign it for me later. But when I was flying to Dallas, I brought Starting From Sleep with me to read on the plane, Charles’ collection of New and Selected Poems from 2002. And even though we were flying over stormy weather, still I felt at peace. So much of the vitality I associate with Catullus is present in Charles’ poetry, though perhaps not the naughtiness—unless you count calling the Eucharist “Wonder Bread” in Getting the Miracle Wrong or the opening of Victoria’s Secret, which reads—

Victorian mothers instructed their daughters, ahem,
That whenever their husbands were getting it off on them,
The only thing for it was just to lie perfectly flat
And try to imagine themselves out buying a new hat.

Now there’s more like this, and I could go on, but I won’t, because the person you came to hear read this delightful poetry is not me but the winner of the Poetry Foundation’s Beth Hokin Prize, as well as a Pushcart Prize, the American Academy of Arts and Letters’ Award for Literature, and the aforementioned Academy of American Poets translation prize; the winner of fellowships from the Ingram Merrill Foundation and the National Endowment for the Arts; a beloved and inspiring teacher at Queensborough Community College, John Hopkins, and here at the University of the South, a great wit and a great friend, and today’s lecturer in the Stacy Allen Haines Memorial Series, Charles Martin. 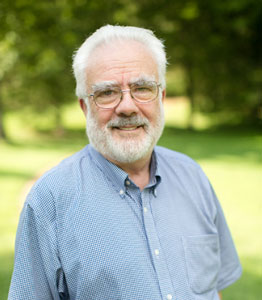 I am a classicist in Sewanee, Tennessee.
View all posts by Uncomely and Broken →
This entry was posted in Birds, Classics, Italy, Poetry, Sewanee, Uncategorized. Bookmark the permalink.