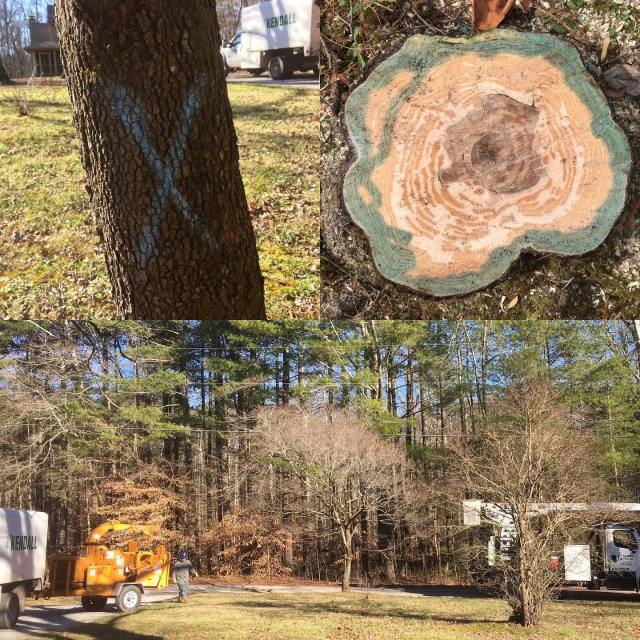 A sad tale. In order to bring in fiber optic cable, quite a few trees in town have needed to be removed, including our beloved dogwood by the roadside. In its time, the dogwood had held up Christmas lights in its branches, as well as a See Rock City birdhouse.

The blue X appeared several weeks ago and today was the unfortunate day. A green door hanger indicating that some of our trees would be trimmed or removed came a few weeks earlier. I almost threw it away, thinking it was an ad. But in fact, it was a notice, like a call from a doctor with bad news.

The trucks showed up last week. I had heard a loud sound outside, like an airplane flying too low, but it was in fact the sounds of buzzsaws and the chipper. Then they pulled up in front of our house, but it was late so they decided to come back the following day.

“It’s like watching a pet get put down,” Kelly said. As it happened, we were away when the cutting and chipping took place the next morning. When we came back, there was a pretty little stump, all that’s left of our pretty little tree.

Some other folks in town wrote on Facebook that they had not realized their trees would be cut down until they arrived home to see them gone. I don’t like what happened, but I can’t say I didn’t have advance notice. That doesn’t make it any easier, of course. I guess losing our trees are the price we pay for progress?

Postscript. My friend Bob Benson’s letter to the Sewanee Mountain Messenger from October: 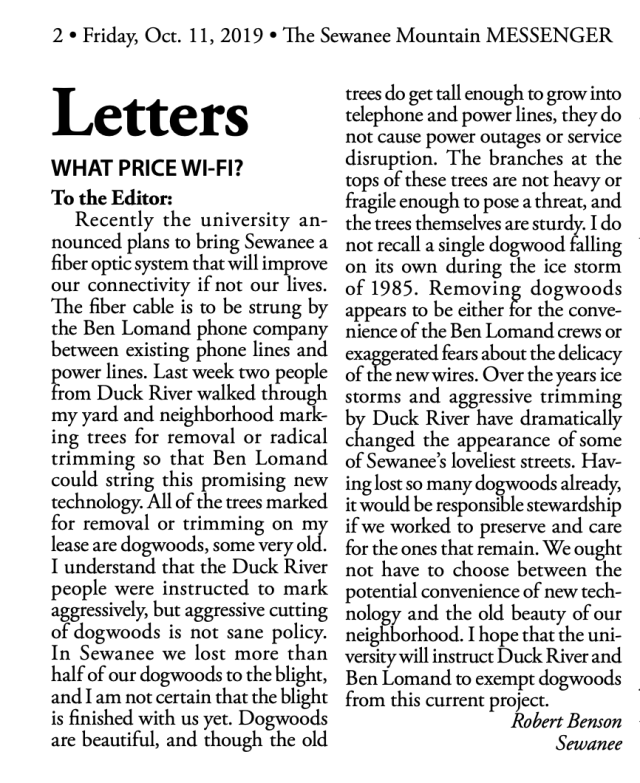 I am a classicist in Sewanee, Tennessee.
View all posts by Uncomely and Broken →
This entry was posted in Family, Sewanee, Trees & Flowers. Bookmark the permalink.