Posted on September 26, 2015 by Uncomely and Broken

It was easier to see in the morning than it had been last night, when I swerved a little to avoid hitting it, the face-up dead armadillo on the street. The dogs and I walked by early today, and it took all my strength to keep them from the intimate investigation they so badly wanted to do. Car after car drove by, as they do on Saturday mornings in the fall, rushing to get kids to the soccer fields, but each slowed down to go around the dead armadillo. Certainly he is evidence of the armadillo invasion of East Tennessee I’ve read about, and sure, I’m unnecessarily worried about leprosy like everybody else is. But soon the authorities will take his corpse away, and the cars will speed up again, and the dogs will calm down. 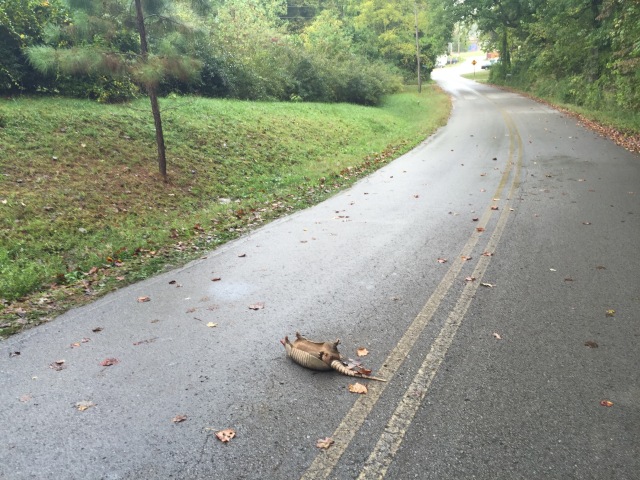