From the parking lot and ticket office, it’s a long, gradual hike up into Hadrian’s Villa, which is not actually in Tivoli but just outside it. Driving is really the best way to get here, although I did see one of the public buses, nearly empty, pull up to the entrance.

The young French child in front of me lets his parents know that he does not care for the walk, and throughout the day, I will come across his parents jollying him along with far greater success than I could imagine having. At one point, the father sneaks behind a column and makes ghost sounds that reverberate through the cavernous edifice. The little boy laughs and laughs, never more so than when Daddy emerges and pretends to be terrified.

We arrive first to Plastico, the enormous plaster model of that the villa looked like in its prime. A sprawling complex of buildings, now all in ruins, it is hard to get your head around. It is also very, very hot, and the shade in the building together with the whirring fans are small comfort. By the door, a cat lounges. I ask the guard what is il nome del gatto? She doesn’t know, but it is a girl, she says. She thinks. “Sabina,” she decides, the name of Hadrian’s wife.

Leaving Plastico and the shade, into the site I go, struck by the scale of the place and simply unable to forget the goddamned heat, which the pools of inaccessible water does nothing to alleviate.

At the the Canopus, the long cylindrical pool surrounded by statues that was meant to conjure up a Roman version of the Nile, the shade and water bring relief. Unsurprisingly, many visitors are gathered here, not just to get their breath but also to feed the fish. A turtle’s head emerges now and again by the crocodile statue on the far side.

I’m sure it was just as hot in Hadrian’s day, and in my search for shade I begin to really look at the trees throughout the Villa– the umbrella pines, the long rows of cypresses, and most impressively, the twisted ancient olives, that have seen far worse weather and far more of it than I ever will. They say there’s an oliver here over a thousand years old, and I believe it. Some of them will be here a thousand years hence, as will be the carp, the cats, and the turtles, no doubt, and perhaps even the children led along by doting parents. 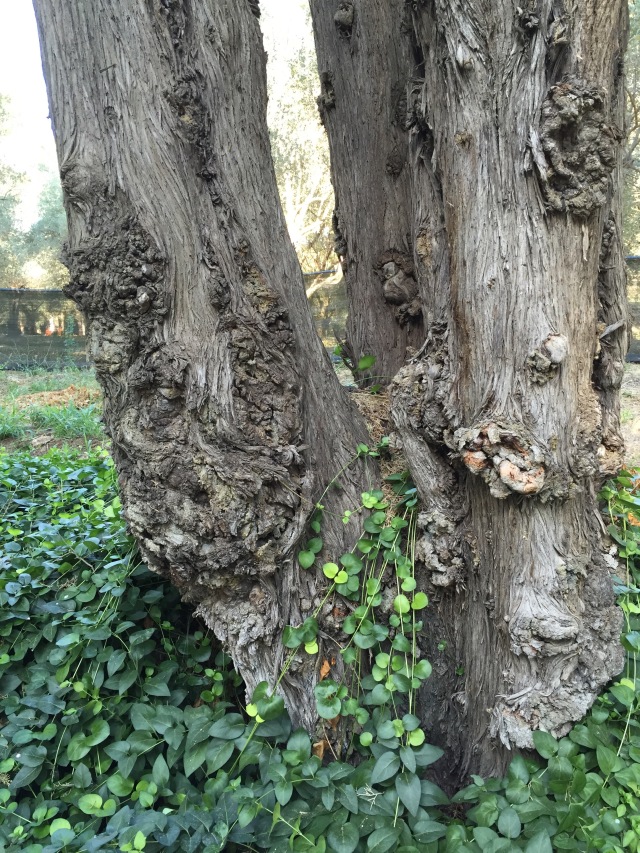 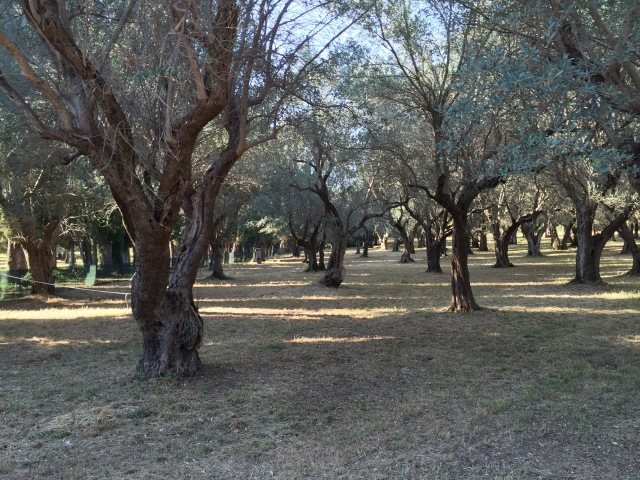 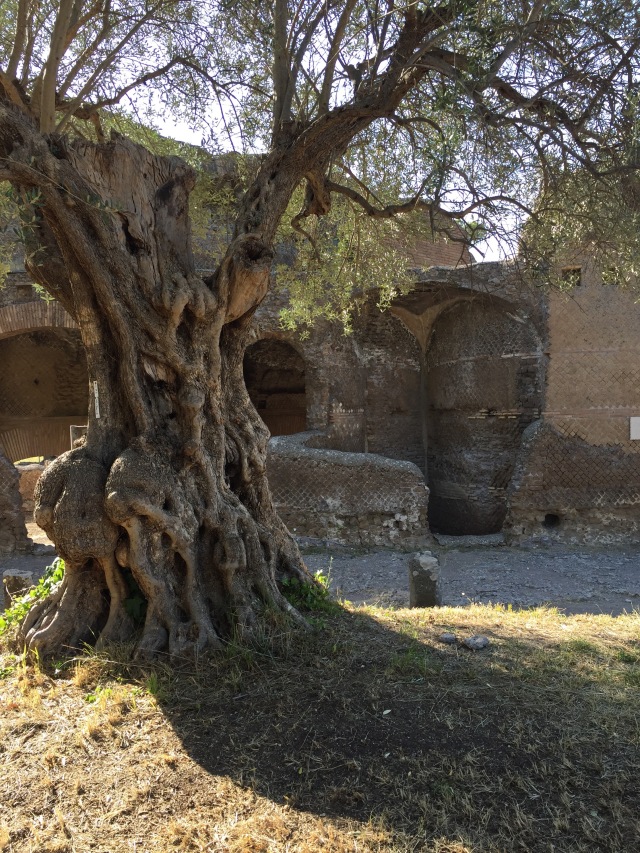 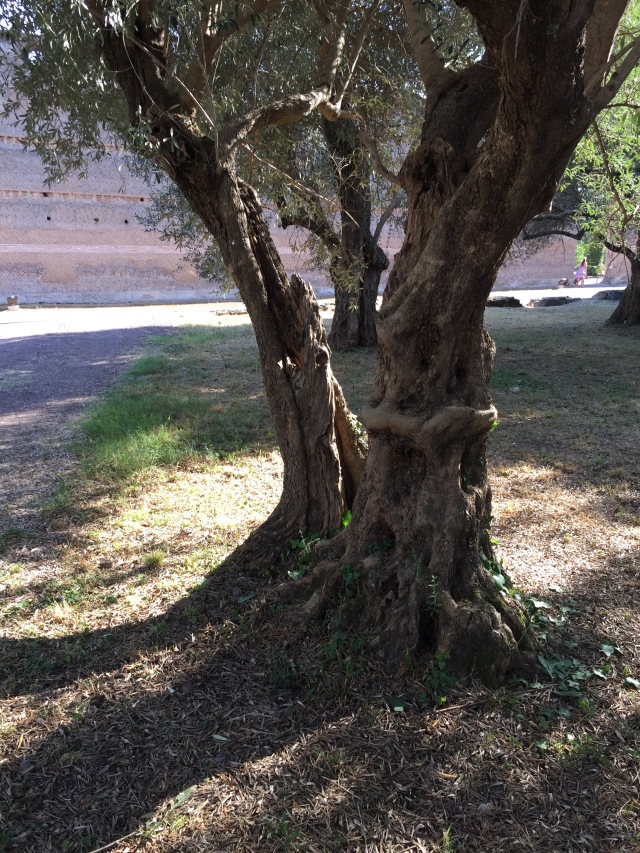 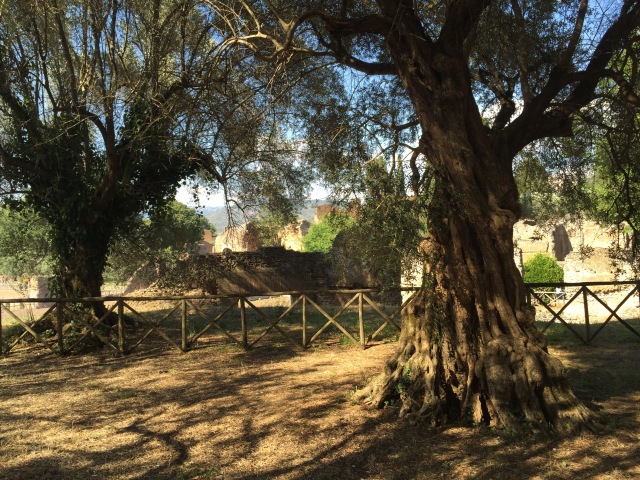 1 Response to Notes on Hadrian’s Villa